Professor Paolo Bientinesi has been appointed as the new Director of The High Performance Computing Center North in Umeå, as professor Bo Kågström steps down.

After 25 years as Director of The High Performance Computing Center North (HPC2N) in Umeå it is now time for professor Bo Kågström to hand over the leadership of the center. New Director will be Paolo Bientinesi, professor at the Department of Computing Science, Umeå University.

Professor Paolo Bientinesi’s was born in Italy and was installed as professor at Umeå University in 2019. His research focuses on mathematical computations that arise in disciplines such as biology, chemistry, data science and materials science, and aims at achieving simultaneously both human productivity and computer efficiency.

“I am thrilled to join HPC2N, one of the six Swedish HPC centers within SNIC, which offers both large-scale computing and large-scale storage to the entire nation. In the immediate future, I want to increase the user base to include scientific disciplines, such as computational medicine, forestry, and atmospheric research, which can benefit tremendously from high-performance resources and algorithms,” says Paolo Bientinesi.

“For more than 20 years, HPC2N has provided Swedish scientists with both hardware and human support. Our expertise covers all the paradigms and tools for parallel programming, and extends into computational areas such as machine learning, materials science, and computational chemistry. Our aim is to expand our computing and storage solutions to enable Swedish science at unprecedented scales,” says Paolo Bientinesi.

Professor Bo Kågström has been the Director of HPC2N since the inauguration of the center 25 years ago (1996). As one of six national centers funded by the Swedish National Infrastructure for Computing (SNIC), the center in Umeå has contributed to an increasing development of high-performance computing in Sweden.

“It has been a challenging, formative and very fruitful journey to be responsible for the long-term development of HPC2N. Of course, this has only been possible with important contributions from our very competent staff at HPC2N and collaboration with our “Parallel and Scientific Computing” research group at the Department of Computing Science. This development has also created a strong network at national, Nordic and international level,” says Bo Kågström.

“I also want to gratefully acknowledge for the strong support we have had during these years from the leadership of Umeå University and our faculty, as well as the generous funding of computing resources at HPC2N by The Kempe Foundations and the Knut and Alice Wallenberg Foundation and not the least the grants for large scale HPC resources from SNIC, which we hope and anticipate will continue,” Bo Kågström continues.

“I will continue as Senior Professor at the Department of Computing Science focusing on our research group and my engagement in eSSENCE, a strategic research programme and collaboration in e-Science between Lund, Uppsala and Umeå universities. Besides, I will still be involved in HPC2N as an advisor for future endeavors,” says Bo Kågström.

Users of HPC2N cover virtually all major computational disciplines, including chemistry, physics, life sciences, as well as social sciences and humanities. HPC2N also have an increasing number of users in Artificial Intelligence and Machine Learning applications that also require large storage resources. The applications are as diverse as the design of nanomaterials, market simulations, analysis of decision-making processes, deep learning for protein prediction, and weather forecasting.

The primary objective of HPC2N is to raise the national level of competence in high-performance computing (HPC) and to transfer HPC knowledge and technology to new users in academia and industry. Today, the use of HPC includes compute-intensive as well as data- and communication-intensive applications.

One important task of HPC2N is to supply adequate scalable HPC and VR/visualization resources to meet different and growing needs in the Swedish scientific community, especially in Northern Sweden. The center takes a lead in developing efficient computational methods, application parallel software and user-friendly environments for state-of-the-art scalable computer systems. A goal is also to provide and further develop an international research environment for scientific and parallel computing in various scientific disciplines and application areas.

Paolo Bientinesi was born in 1973 in Livorno, Italy. He studied computer science at the University of Pisa, and at The University of Texas at Austin, where he received his Ph.D. in 2006. In 2007-2008, he was a research associate at Duke University, and between 2008 and 2018, he was professor at RWTH Aachen University (Germany).

His research interests are centered on computer automation, and range from numerical linear algebra to computer music. He was the recipient of the Karl Arnold Prize from the North Rhine-Westphalian Academy of Sciences and Humanities.

High Performance Computing Center North (HPC2N, www.hpc2n.umu.se) is a national center for Scientific and Parallel Computing. It is located in Umeå, North of Sweden, and was founded in 1996 as one of the national supercomputing centers in Sweden.

HPC2N is mainly funded by Swedish National Infrastructure for Computing (SNIC) and the partners Umeå University, Luleå University of Technology, The Swedish Institute of Space Physics (IRF) in Kiruna, Swedish University of Agricultural Sciences (SLU) in Umeå, and Mid-Sweden University in Sundsvall, Härnösand, Örnsköldsvik and Östersund. The Kempe Foundations and the Knut and Alice Wallenberg Foundation have generously funded computing resources at HPC2N.

Kebnekaise was delivered by Lenovo and installed in three phases during 2016 – 2018. The first phase of Kebnekaise was opened up for general availability on November 7, 2016. In the third phase, 2018, Kebnekaise was extended with 52 Intel Xeon Gold 6132 (Skylake) nodes, as well as 10 NVidia V100 (Volta) GPU nodes. Kebnekaise is a heterogeneous resource with standard nodes, GPUs and nodes with a lot of memory, to meet the divergent needs of many different research groups. At installation, Kebnekaise was the most powerful GPU system in Sweden. After being expanded twice, Kebnekaise will be ready for replacement within the next two years.

Codemill appointed as a supplier to BBC

Codemill signs new procurement agreement as supplier for digital development to the public service broadcaster BBC. The agreement means that Codemill has been approved to offer BBC services in the three categories web development, backend […]

Daniel Skog is awarded this year’s Börje Langefors prize for best dissertation in information systems. Daniel Skog has presented his dissertation at the Department of Informatics, Umeå University. The Swedish Information Systems Academy (SISA) has […]

Speeding up the internet

The (computing) cloud does not offer infinite capacity, despite the messages in its marketing. Lars Larsson’s dissertation is about strategies for managing when the computer cloud’s resources are insufficient and approaches the problem from the […] 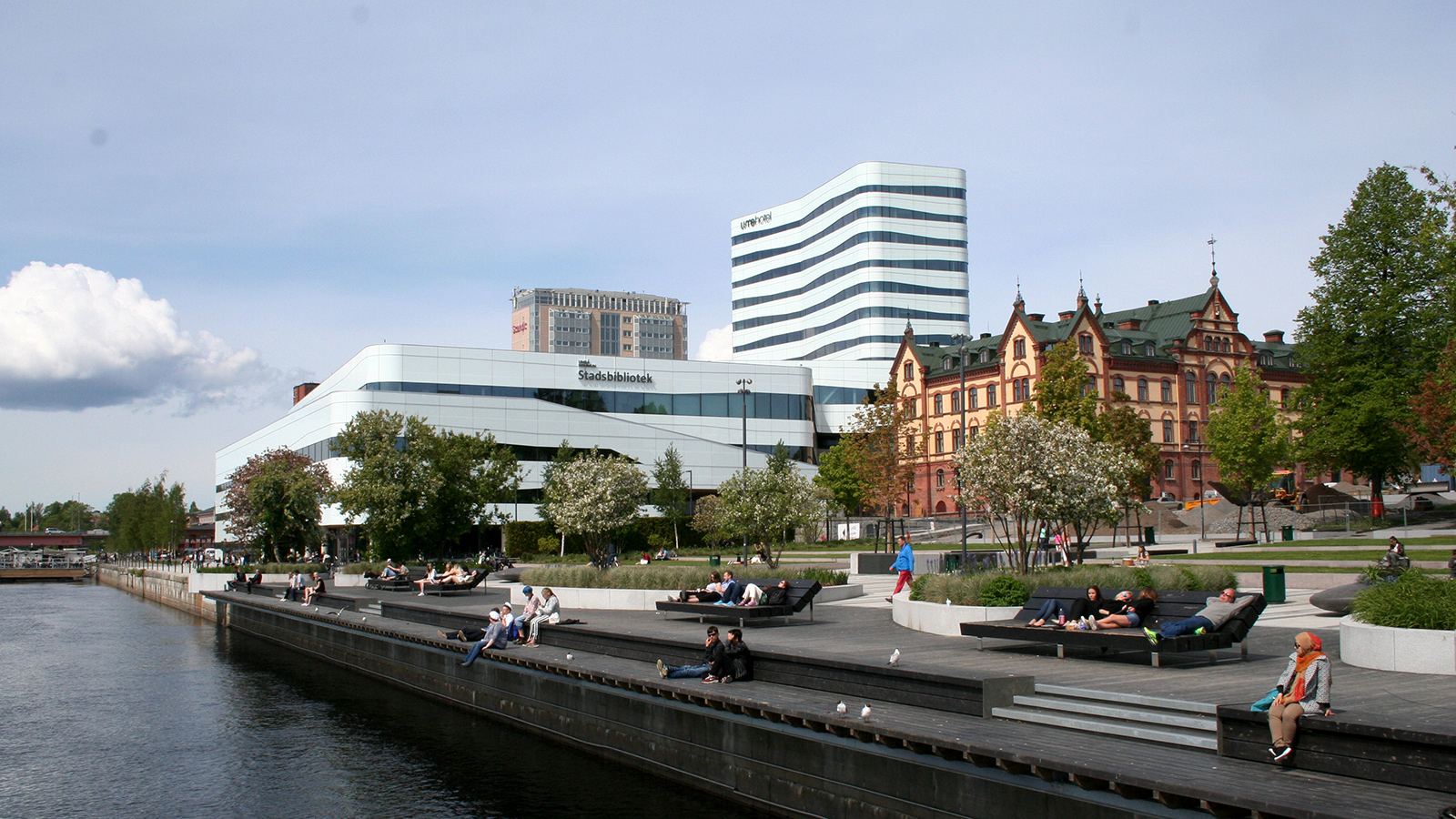